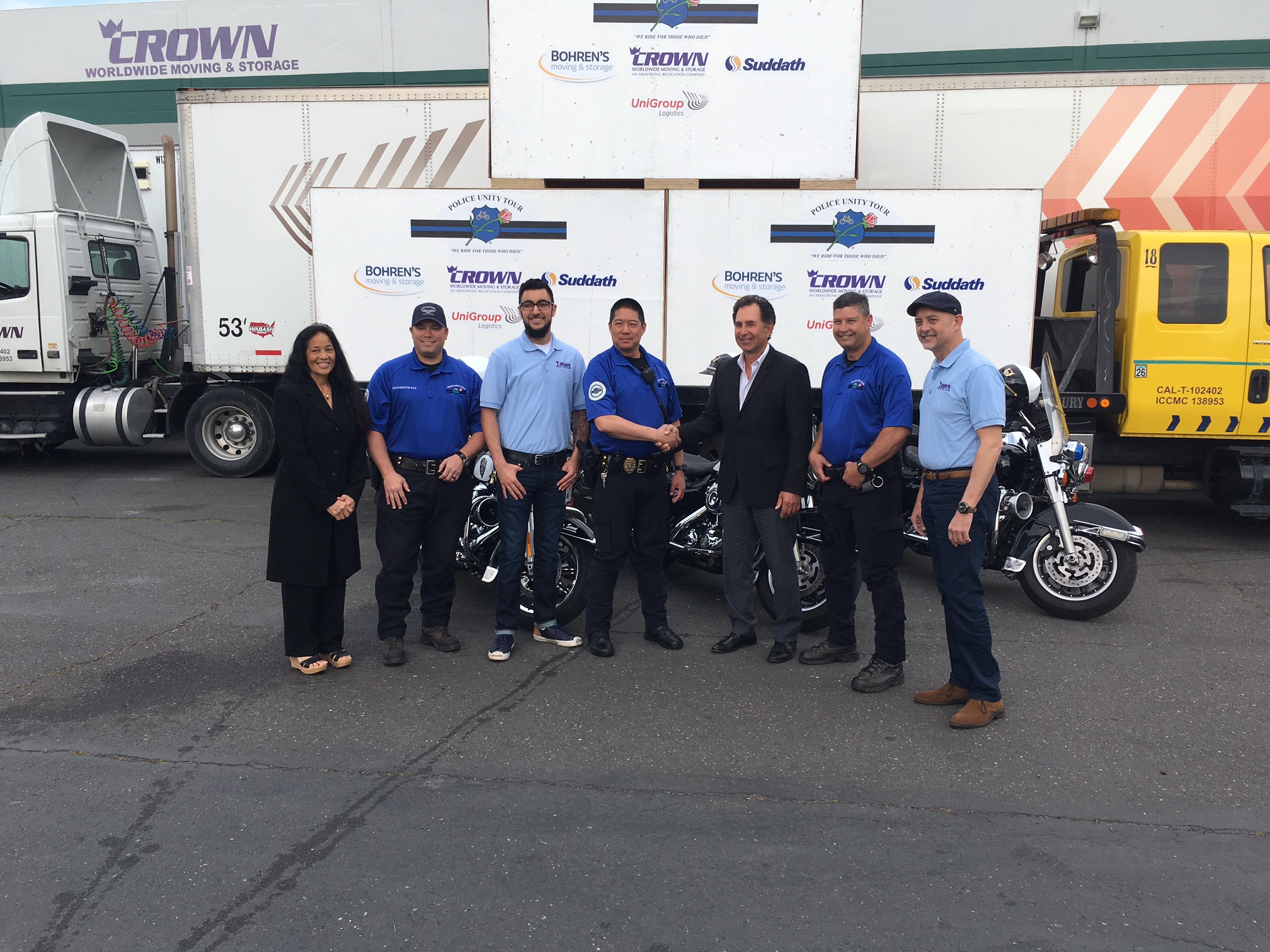 United Van Lines agents in the USA have supported police officers who have died in the line of duty with their annual Unity Tour for Fallen Police Officers.  The event took place on 12 May 2017 and involved 2,200 motorcycle riders from around the country converging on The National Law Enforcement Officers Memorial in Washington DC.  Over the last 20 years the Unity Tour has raised $23 M for the National Law Enforcement Officers Memorial Fund.  Once again United Van Lines agents were honoured to logistically support.

The Unity Tour was founded by Patrick P. Monturoe (a New Jersey Police Officer), who in 1997 organised a four-day bicycle ride from New Jersey to Washington, DC to raise awareness about law enforcement officers who die in the line of duty. He wanted to ensure their ultimate sacrifice is never forgotten and to honour their memory. What started with 18 riders on a four-day fund-raising ride from is now annual event run by an organisation that includes 2,500 members nationwide and whose motto is ‘We ride for those who died’.

Crown Worldwide Moving & Storage was approached by Lieutenant Mark Dang (Fremont Police Department) several months ago regarding shipment of three police Harley Davidson motorcycles to the East Coast. Three police officers from two precincts in Northern California were intending to participate in this year’s Unity Tour by serving as police escorts for the bike riders.

Though eager to help, Crown needed support from other members of Unigroup to make this project a reality. Due to the start (Florham Park, NJ) and destination (Washington, DC) locations of the tour, Crown contacted Bohren’s and Suddath to ask for their participation. Both Denise Hewitt (President of Bohren’s Moving & Storage) and Bob Fructerman (Vice President of Logistics for Suddath) happily agreed to assist. The transportation part of the move was handled by Katie Stryhorn and her team at Unigroup Logistics.

Katie Strayhorn arranged for the moving van to transport them to Bohren’s facility in Robbinsville, NJ.

Bohren’s received, uncrated and returned the motorcycles to the three officers on May 8th.  They then transported the empty crates to Suddath’s warehouse in Virginia, so when the officers completed their ride, Suddath could re-crate motorcycles for return shipment to California. 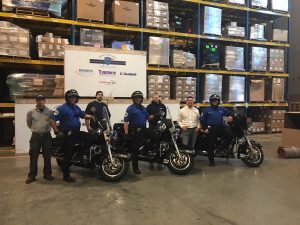 Upon completion of the Unity Tour on May 12th, the plan was for the officers to deliver the motorcycles to Suddath’s facility by late afternoon, go to the airport and return to California. They were able to make their scheduled flight only by riding through a rain storm and arrived at Suddath absolutely drenched. Bob Fruchterman generously spent part of his Friday evening tending to the officers, which included hanging up their leather gear to dry.

All of the United Agencies involved provided their logistical services free. The California Police Departments and the officers who participated have expressed gratitude to the team. 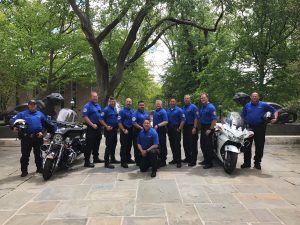 Individuals who played key roles in the shipment of the motorcycles include:

You can find more information on the Unity Tour on www.policeunitytour.com. If you’d like to participate in logistical support please contact Robert Bowen (robert.bowen@crownwms.com).