Al Mithal looks at the ways in which the COVID-19 pandemic has affected his business and lessons for the future. 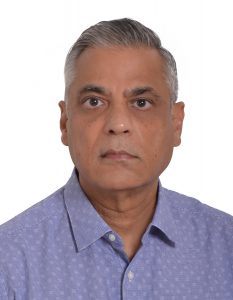 It’s been approaching three months since India went into one of the strictest lockdowns seen anywhere in the world and, for me, the strain is beginning to tell.  Not so much for the business, which is getting by, but personally.  As someone who has spent most of the last 40 years travelling to conferences and visiting clients, I do feel that I am getting a little stir crazy.

We didn’t expect this.  From 24th March nobody was allowed to go to work (unless they were an essential business), and we were confined to our houses, not even able to go out for essential supplies, they were all delivered to us.  My wife, my elderly mother and I have been isolated in our 15th-storey condominium in Delhi.  Just how many books can you read and how much Netflix can you watch?

We have five elements to our business: domestic moving, international moving, records management, fine art and our IT company Red Sky. The IT company could carry on largely unaffected, so too the records management, particularly as we have contracts with insurance companies and some hospitals that needed access. But the moving and fine art businesses were badly affected. We were probably down to no more than 10% of what we would normally expect.

Our management and coordinators were able to work from home, but it wasn’t long before the work that was in the pipeline began to dry up. Our government was very harsh.   It gave an order that every business had to keep all its staff on and must pay them in full.  There was no safety net as we have seen in some other countries. When we expected the lockdown to last just the initial three weeks that wasn’t too bad, but as it dragged on, through April and into May, we had to take some action.

We continued to pay in full anyone that fell below a certain pay level; we asked all our management staff to volunteer to take a 50% cut in salary, which everyone agreed to for April, May and June; and the directors were paid nothing for those three months. We didn’t get any resistance, I think people understood that this was something that we had to do.

We were allowed to go back to work, partially, on 4th May as long as we obeyed social distancing and health hygiene procedures. There was no public transport, so people had to use their own vehicles.  Some members of staff lived in declared containment zones, so they were not allowed to leave home.  On 31st May what was called Lockdown 4.0 ended …  and Unlock 1.0 started.  Then 50% of our staff were allowed to return to work, and we could begin to operate more normally. We have been very busy since then because there was some pent-up demand.

What would I do differently in the future?  In truth I am still grappling with these issues: it has been, and still is, a steep learning curve. I know that we have survived well so far because we are a diverse business: if we had just been a mover it would have hit us much harder.  So, I have resolved to try to diversify our business even more in the future and I would encourage others to do the same.

Some people wanted to continue working from home, so we have asked them to take a 20% pay cut if they do.  This received a degree of resistance, but some people have accepted it. It depends on their circumstances.  I saw some research recently showing that the average amount of productive work that you get from an employee at the office is about 4 1/2 hours a day. I don’t know how much that drops when they work from home.  I believe that for a high level of home working you would need some system in place that will monitor productivity.  Until we have that, I question whether it will work well other than for some individuals.  Then, of course, you have an HR problem because they have to decide who can be trusted to work from home and who can’t.  Not an enviable position.  It’s bound to cause resentment.

We are not going to have ‘business as usual’ for a long time – if ever.  We are going to have to devise completely new ways of working together. I don’t know, for example, how well conferences will be attended in the future, at least for the next few years to come.  They have been a big part of our industry for so long, but I wonder if they can continue, long term.