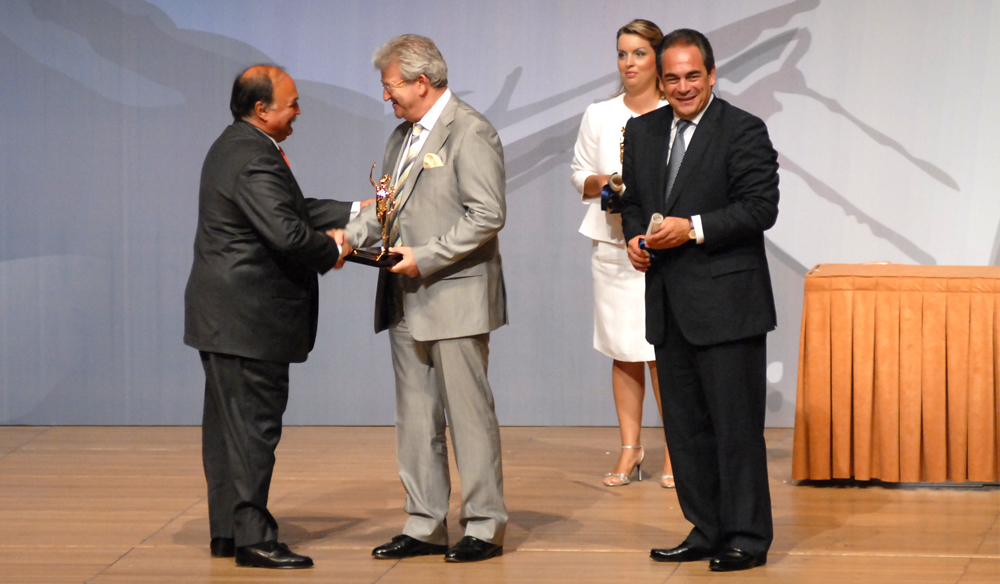 Orphee Beinoglou in Greece has been honoured as one of only 20 winners in the country’s Awards for Growth and Competitivity ‘Growth Awards’, organised jointly by Eurobank and Grant Thornton. The aim was to reward enterprises that were able to combine high financial performance with a successful modern corporate management and who have the drive to contribute to the structure of the business environment and corporate culture in Greece.  The awards were made on Thursday, December 1st 2016 at the Athens Music Hall.

In a letter to Orphee Moschopoulos–Beinoglou, the organisers said that his company was one of the country’s 20 most dynamic enterprises, which despite adverse conditions had distinguished itself amongst hundreds of other Greek companies. “The ultimate choice made by the Evaluation Committee, was extremely difficult because all 20 enterprises hold a powerful and equally-valued presence, high financial indexes, escalating turnover, employment and profitability as well as inspired management,” they said.  “You all are a strong base for the shaping of a modern entrepreneurship, upon which will be structured a new national determination and financial vigour, that will drive the country to exit the crisis and back to a stable financial track.”

The 20 winners were chosen from 172 shortlisted companies themselves distilled from 8,000 entrants.  The organisers said that the 20 winners “Set the example of Greece’s development efforts.”