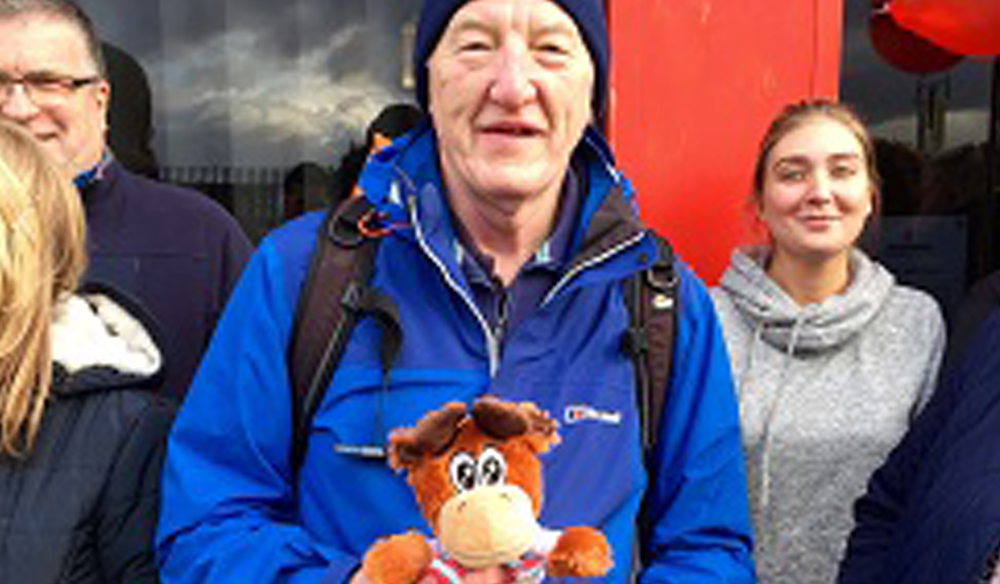 For the last twenty six years, John Mason International’s facilities director Steve Sheldon has driven to work each morning from his home in Poynton to Liverpool, a distance of approximately forty miles. In the bid to raise money for Children in Need, Steve decided to take up the challenge of walking to work.

When leaving home at 7.45am on Thursday to begin the trek Steve was met by brilliant sunshine, however just two hours later the weather conditions turned nasty and he was required to battle through a torrential down pour.

Stopping only for a warm flask of soup, Steve persisted as conditions worsened resulting in the normally pleasant canal paths becoming difficulty to navigate. Nine hours after setting off Steve stopped off at a near-by hotel for refreshments and a well-deserved break.

The next morning Steve set off for the final leg of the journey, but just as he did, the heavens opened once again, but instead of rain this time Steve encountered hail and snow. As the Liverpool skyline came into view, the weather cleared up and for the final few miles the sun decided to make an appearance. After walking for 13 hours Steve arrived at the John Mason International office just after lunchtime on Friday greeted by colleagues who were ready to congratulate him on his fantastic achievement.

“As this was my last opportunity to raise funds for Children in Need as a member of the John Mason team, instead of driving to work I decided an excellent way to mark the occasion would be to make the trek by foot,” said Steve. “I am a keen rambler and often spend my time away from the office exploring the countryside and on walking holidays, so I thought this would be a reasonable challenge.  It wasn’t easy as I’d thought due to having to contend with a mixture of persistent rain, wind, thunder and lightning and hail. I now have blisters on both feet and two very stiff legs. It was worth it though, as I managed to raise over £1,000 for charity.”